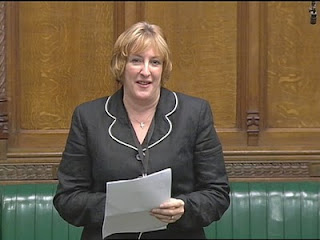 Yvonne Fovargue has blasted the coalition government's announcement that Hindley High School's planned rebuild under the Building Schools for the Future programme has been axed.
The Wigan Borough stood to benefit from a total of £230M worth of investment in new secondary school buildings over a series of phases, as part of the wider national £45BN programme.
The first phase, worth £80M, would have seen secondary schools in the east of the borough, including Lowton and Golborne, Hesketh Fletcher, Bedford, Hindley and Westleigh’s, transformed with either new buildings or major refurbishments.
But Michael Gove's announcement means that the authority’s plans have now been shelved.
Yvonne said, "I am outraged at the Government's decision to cut this much needed investment in our borough's schools without any consultation with parents, pupils, governors, teachers or councillors. We've seen the difference new school facilities such as those at Abraham Guest High School make - and I wanted those resources for every child in our borough. Time, money and energy has gone into putting together plans to rebuild schools like Hindley High School in my constituency. Now with the swing of Michael Gove's axe that's all wasted and a once in a generation opportunity has been lost. Today's announcement raises questions about fairness in education as this Government channels funding into proposals for academies and free schools. This is the same old Tories backed by their new Liberal Democrat friends."