Let's build an economy that works for the many

We’ve had almost five years of the Tories’ so-called economic plan, and it’s failed working people with a recovery that just works for a privileged few. There are thousands of people across the Borough who are struggling to stay afloat and who feel the economic recovery has passed them by. They simply can’t afford another five years of Tory failure.

That’s why this week at Labour Party Conference we have set out our plan to transform our country by rewarding work, building more homes, raising the minimum wage, creating more apprenticeships and saving our NHS.

We’ll tackle the cost-of-living crisis by helping working families so, when the economy grows, the wages of everyday working people grow as well.

For many people in our area the dream of home ownership is just that: a dream. So to meet demand for new homes, Labour will double the number of first-time buyers getting on to the housing ladder each year.

One in five British workers do the right thing and work long hours but still find themselves struggling on low pay. So the next Labour government will raise the minimum wage to £8 by 2020, a move that will put an extra £3,000 a year in the pockets of Britain’s lowest paid workers.

And we’ll create a £2.5 billion Time to Care fund to pay for 36,000 new NHS staff to save and transform our health service so it’s fit to meet the challenges of the 21st century.

The next Labour government will balance the books by the end of the next Parliament so the Time to Care Fund will not be paid for through more borrowing or by raising taxes on everyday working people. Instead, the money will be raised by asking those living in houses worth over £2m to pay more tax, a co-ordinated crackdown against tax avoidance, and asking the tobacco companies to contribute towards the costs they impose on the NHS.

These policies are the pillars supporting Labour’s national mission to build a new Britain that rewards everyday working people. If we work together, we have an opportunity to create the change our country so desperately needs. Let’s seize that opportunity.
No comments:

I support the principle of a right to recall where an MP has been involved in serious misconduct as I believe this would provide greater accountability and it would further empower constituents. The right of recall could also increase public engagement in politics and help to restore public trust.

The previous Labour Government had plans to introduce a right of recall and there was broad cross-party support for this at the last General Election. The Government has now brought forward a Bill. Whilst late in the day, it is to be welcomed.

I am not in favour of a system of recall that simply enhances the House of Commons' internal disciplinary procedures. There is a real risk that such a system will be seen as the political establishment closing ranks and could lose the confidence of the public.

In addition, any system of recall has to be designed in such a way that will avoid powerful vested interests from taking action against MPs, where no wrongdoing has happened, but they simply dislike the way a politician has voted on controversial issues.

I will therefore be judging the Government's Bill on the basis of these two conditions.

Recall could play an important role in giving people a bigger say if we get the detail right. 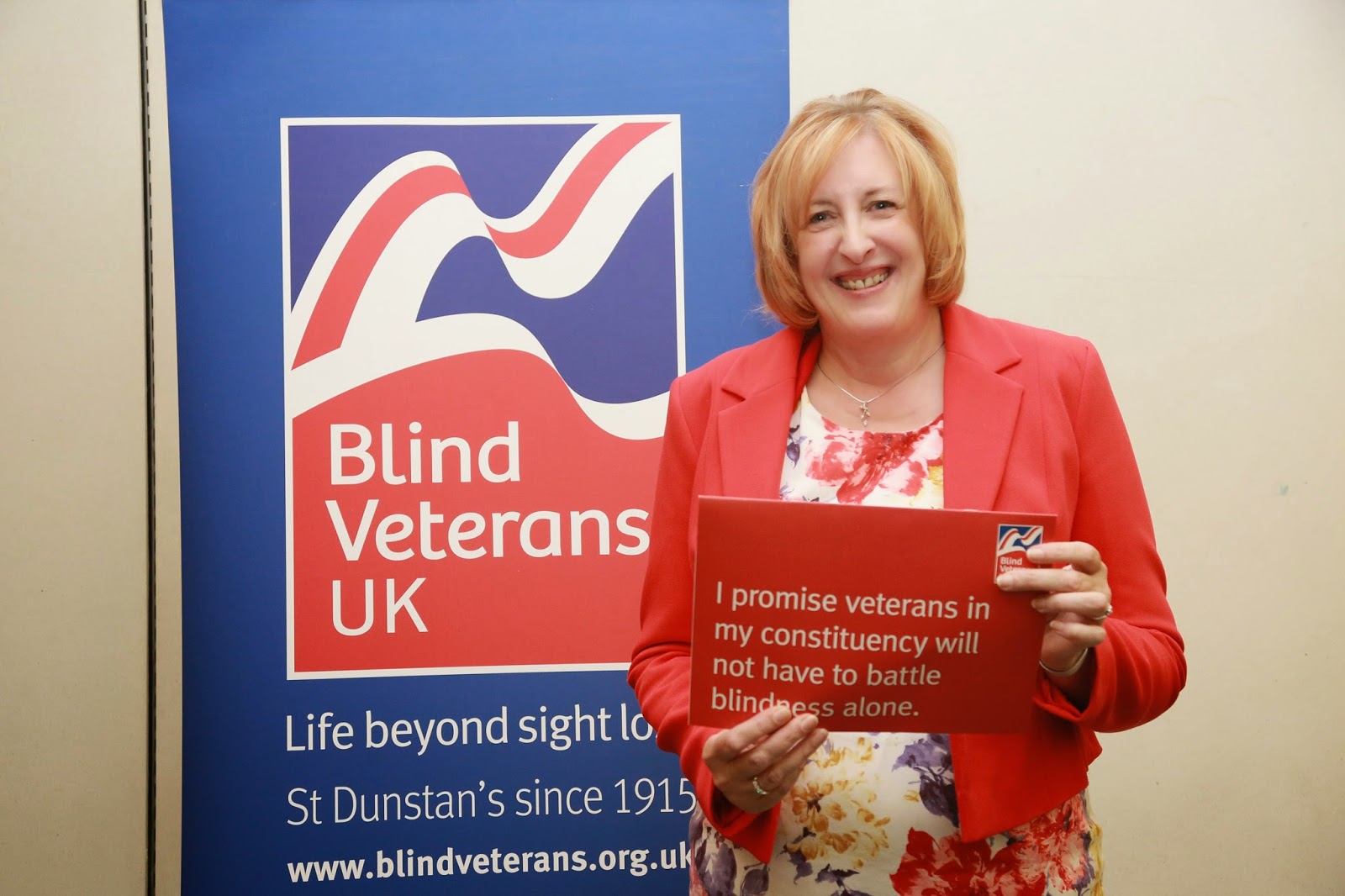 Veterans in Makerfield should not have to battle blindness alone. Blind Veterans UK, the national charity for vision impaired ex-Service men and women, are raising awareness of the charity’s vital support and services, and to highlight its beneficiary recruitment campaign which seeks to reach more veterans who are eligible for its support.

The work Blind Veterans UK does is vital in supporting veterans in Makerfield and across the UK. I am pleased to help raise awareness of their vital services and to pledge my support to ensure that every veteran with severe sight loss in Makerfield will not have to battle blindness alone.

The charity’s No One Alone campaign is reaching out to the estimated 68,000 veterans with vision impairment in the UK who could be eligible for support but are not currently receiving it.

Blind Veterans UK’s ‘Living the Pledge’ report which sets out the current difficulties faced by the veterans’ community, and called on MP’s, local authorities and NHS healthcare professionals to improve referral pathways to the charity so that veterans are signposted to support as a matter of course, once they are diagnosed with severe sight loss.

If you are, or know of, a veteran with severe vision impairment and would like more information about Blind Veterans UK’s or call freephone 0800 389 7979.
No comments: