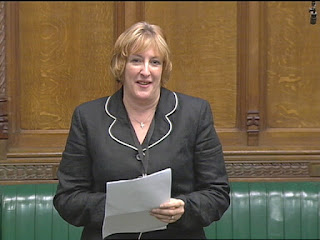 What we needed to see today was a Budget for jobs and growth and one which focuses every penny available on helping hard-pressed families in Wigan.

At a time when people on middle and low incomes are being squeezed by rising fuel prices, seeing their tax credits and child benefit cut, when one million young people are out of work and there’s a big deficit to clear, it is completely the wrong priority to cut taxes for those who can afford to pay. It shows just how out of touch George Osborne is with ordinary people.
No comments:

I have welcomed a report of an influential group of MPs who have backed my calls for regulation of the Debt Management and Payday Lending industry.

As a record number of people turn to controversial payday loans as a financial crutch, they are being stung by cripplingly high interest rates. Payday loans are fast becoming a credit method of choice for consumers who need a quick fix for their money woes.

Figures from Consumer Focus found that the payday loan market has rapidly expanded from 0.3 million borrowers in 2006 to 1.2 million in 2009. In 2010 this figure jumped to 1.9 million and continues to grow. As the dire state of the economy has a huge impact on personal finances, millions of low income Brits are turning to payday loans to cover costs. Some are even using the short-term loans to cover mortgage and rental payments.

Only last month, The Office of Fair Trading announced that it is carrying out spot checks on 50 major payday lenders amid concerns that people are being given loans without proper checks being carried out.
The abuse of customers who are "over-indebted, vulnerable and desperate for help" has caused people to lose their home in some of the worst cases, the report from the Business, Innovation and Skills (BIS) Committee says.

It called for greater transparency from companies turned to by consumers to help them "make ends meet" after seeing their household budgets squeezed by high living costs and deteriorating employment conditions.
The Debt Management report urged the Government to limit the rolling over of payday loans and ensure lenders record all transactions on a database after taking evidence that some consumers have more than 20 such loans.

A fast-track procedure should be put in place to suspend lenders' credit licenses and the regulator should have more powers to ban products which are "harmful" to customers, the committee said.

The report also recommended that the standard annual percentage rate (APR) measurement should no longer be used to compare short-term payday loan costs, with typical APRs of 2,500% often meaning little to consumers.

Instead, the total cost of the loan including interest charged and fees should be made clear, including late payment penalties.

I have led a campaign for action against the industry and am now calling for Government to act in the interests of consumers and regulate the marketplace. My Bill to require fee charging debt management companies to advertise free alternatives received a 1st reading in October 2011. As Chair of the All Party Group on Debt & Personal Advice, I am calling on David Cameron to honour his promise to meet with me.

The industry has failed to crack down on irresponsible lenders, so this report is yet a further reminder, if one be needed, that the Government must act now to protect borrowers, the majority being from low income groups.

At present we have irresponsible lending, front loaded charges and astronomical interest rates applied. No wonder the industry sees the UK as a cash cow to return big profits at the expense of people.

Gillian Guy, Chief Executive of the national charity Citizens Advice said, "We’re pleased to see that the Select Committee has listened to us.

“More and more people are being offered payday loans that they simply can’t afford, and being sucked into further debt. Rollovers and up-front fees should be restricted as soon as possible.”

“The Committee is also right about a stronger code for fee-charging debt management companies. It should be easier for people to compare paid-for advice providers and get more free debt advice. Citizens Advice helps over two million people every year with their problems - many of which concern money and debt. And our advice remains free."

The report can be accessed at the following link.
No comments: 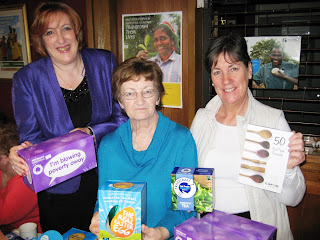 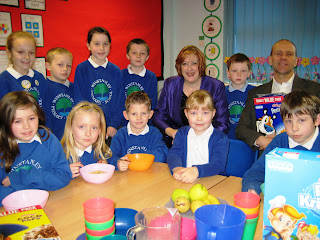 Winstanley Community Primary School is one of 500 schools from across the country to receive a grant after research by Kellogg’s revealed that one in eight breakfast clubs have been forced to close because of budget cuts.

Kellogg’s launched the ‘Help give a child a breakfast’ campaign last October to help bridge the funding gap for schools as research showed the detrimental impact the closure of breakfast clubs could have according to teaching professionals across the UK.

I lent my support to the campaign by writing to local primary schools encouraging them to submit an application.

Eileen Sweeney, Winstanley Community Care Club Coordinator said, “Breakfast clubs are a lifeline for many children but with budgets being tight they could sadly become an unaffordable luxury in future."

“The grant will really help our club and we’ll look forward to spending the money on some new equipment and games for the children as well as a selection of the children’s favourite cereals.”

I’m really pleased the school successfully applied for the grant to help it improve its breakfast club. Evidence demonstrates that getting kids to start the day with breakfast is so important in increasing attendance, punctuality and concentration levels as well as improved social skills.

Bruce Learner - Head of Corporate Responsibility and Partnerships Kellogg Europe said, “I’m really pleased we were able to help out. Breakfast clubs like the one at Winstanley Primary School are such lively and energetic places: a brilliant way to start the school day.”

Kellogg’s is donating £230,000 in total through the campaign which will provide one million breakfasts by the end of 2012.