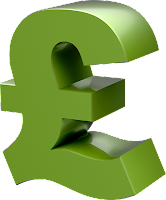 This week I secured a debate in Parliament on Government plans to change the council tax benefit regime in England.

A damning assessment by the Institute for Fiscal Studies of the proposed council tax benefit changes, which starts next April, says that although the reform's £480m-a-year savings equate to an average £19 per household, the working poor would be hit hardest.

The government proposes to allow councils to design a local benefit system but in return says it will cut funding for it by 10%. With 5.9 million recipients, it is more widely claimed than any other means-tested benefit or tax credit.

The cut in funding will be larger, says Yvonne Fovargue MP, in areas where council tax benefit spending is highest – the more deprived areas of Britain. The requirement to protect pensioners in England means that the cut in funding of a tenth translates into a 20% cut in support for working-age claimants in Wigan.
Shocking statistics underline the impact that the changes will have in the Wigan Borough;

• Funding will be reduced by £2.6million (10% cut)
• As existing and future pensioners are protected from the changes the effect of this is to shift the 10% (£2.6m) reduction in funding solely to working age households – 18,000 in Wigan creating a reduction of approx 20% for this group.

I look at the cumulative effect of the Welfare Benefit changes disproportionately impacting upon people in low paid work and frankly I despair at the options the Government are forcing our local council to consider.
If anybody believed that David Cameron was a compassionate Conservative, then this issue confirms that the ‘nasty party’ is back – indeed it never went away.

I understand that Wigan Council is now working towards developing a scheme for implementation to meet the legal requirements of the Local Government Finance Bill as it makes its parliamentary passage. At the same time other changes in the welfare system, including the introduction of Universal Credit and the ‘Bedroom tax’ will also hit the working poor.

Singly, any one of these changes will affect people on a low wage extremely hard, cumulatively they could well deliver a fatal blow.  It is well reported that only a small decrease in income will push a struggling family from the position of just about managing to that of not coping and sinking into unmanageable debt and the advice agencies who have hitherto been there to help and rescue these individuals are also struggling with the legal aid cuts removing support on Welfare Benefits and most debt cases.

These hard working families are already squeezed, councils are squeezed and it is inevitable that, yet again, the poor and vulnerable will suffer.
No comments: 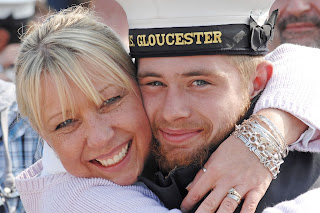 The men and women who serve in Britain’s armed forces continue to make enormous sacrifices to protect our country and Armed Forces Day this Saturday provides us all with the opportunity to demonstrate our support for everyone in the serving community.

Those involved with military operations in Afghanistan deserve our utmost respect – their sustained bravery in an extremely challenging environment is a source of enormous pride for us all.

But the defence community stretches beyond those serving in Afghanistan. Armed Forces Day is also an opportunity to support veterans, cadets and service families.

Those in the armed forces play a unique role in our public life and they rightly deserve unique recognition through the military covenant which ensures that those who make sacrifices and serve our country shall face no disadvantage as a result of their service.

Following a campaign led by the Royal British Legion and supported by Labour, the principles of the Military Covenant were enshrined in to the Armed Forces Act 2011. But whilst the military covenant was an important step, there is still much work to be done. The Government needs to do more to ensure that the principles of the covenant are backed up with hard policies that really help members of the Armed Forces.

Hopefully this year’s Armed Forces Day can act as a catalyst to encourage the Government to provide better support for those who have already served our country, and those who continue to serve.
I’m proud that so many of my constituents choose to serve their community and their country so bravely, which is why I’ll be attending on Saturday in Wigan Town centre where everybody in the Borough can pay tribute to all those in the Armed Forces who continue to serve us so well.

Visit the Armed Forces Day website to find out more about this special day.
No comments:

Is Wigan losing out on Lottery funding 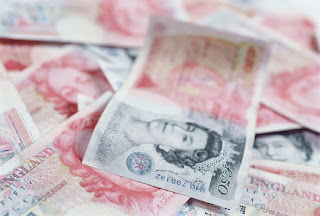 I have today called on the Government to commission a fuller and more comprehensive analysis of the distribution of lottery grants following a report by the Industrial Communities Alliance (ICA).

The National Lottery is played by millions of people across the country and the report finds that the ‘good causes’ supported by lottery grants are not spread equitably across all parts of the country.

Entitled ‘The Postcode Lottery’ the report’s key findings include;

The ICA report includes Wigan as one of the 19 comparator local authorities.

At a time of spending cuts to local authorities, charities and the wider voluntary sector it is important that all communities are able to access their fare share of lottery funding. This report demonstrates that this is not the case.

The Government and the Lottery Boards must commission a comprehensive analysis of the distribution of lottery grants.
No comments: 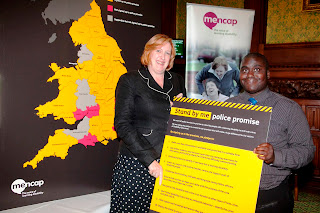 I attended a disability hate crime event in the Houses of Parliament this week to launch the start of Learning Disability Week.

The event, organised by learning disability charity Mencap, aimed to raise awareness of the issue of disability hate crime and highlight the positive progress that has been made since the launch of Mencap’s Stand by me campaign last year.
Greater Manchester Police is one of the 34 forces which has signed up to Mencap’s Stand by me police promise and formally committed to supporting people with a learning disability and increasing hate crime convictions.

As many as 9 out of 10 people with a learning disability have been a victim of hate crime and bullying.
This year during Learning Disability Week (18th – 24th June 2012), police and crime commissioner candidates across England and Wales will face questions from disabled people and their families, who will demand that new police and crime plans include a commitment to tackling disability hate crime, ahead of public elections in November.

Mencap receives reports from around the country of people who are verbally abused and physically attacked. They might be seen as easy targets or valued less because of their disability. With the help of our local communities and police, Mencap wants to change this. Disability hate crime is a serious offence, and if the courts recognise that a person was targeted because of their disability they can impose a heavier sentence.

To find out more about Mencap’s Stand by me campaign, visit the website.
No comments:

Not a single affordable home built in Wigan in 2011

These figures demonstrate the disastrous impact of Government housing and economic policies and the need for urgent action to build much needed homes and get the economy going again.

This Government is failing families in Wigan who are in desperate need of a home. We have a growing housing crisis and the Government’s policies are making it worse. Across the North West there has been a 57% fall in affordable home starts and in Wigan not a single affordable new home start in 2011.

Labour has called on the Government to take action by repeating the bankers’ bonus tax to fund 25,000 new affordable homes while proposing a one year cut in VAT on home improvements, repairs and maintenance to help homeowners, small businesses and create much needed jobs and apprenticeships.
No comments: