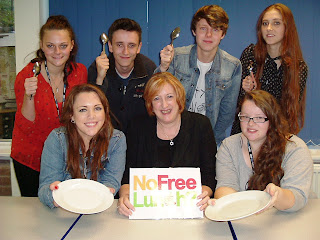 16-18 year olds from a disadvantaged background who study at a Further Education or Sixth Form College do not receive free meals at lunchtime whereas their counterparts in school sixth forms, Academies, Free Schools and University Technical Colleges do receive free meals.

I visited Winstanley College on Fri, 6th July to meet with staff and students who are calling on the Government to extend free meals to students at College as part of the No Free Lunch? campaign.

I believe that there are three reasons why dealing with the anomaly is even more urgent now than it was in the past;

1. The removal of Educational Maintenance Allowance (EMA) - an initiative that transformed the lives of individual students from disadvantaged backgrounds. It had a direct impact on attendance, retention, achievement and progression. The removal of EMA has exposed not being able to access free meals even more than before.
2. With the raising of the participation age, all students will now progress on beyond age 16
3. The advent of academies, free schools and university technical colleges - If a new post-16 free school or post-16 academy is set up, it can offer free school meals, but a 16-to-19 sixth-form college or further education college cannot

This is clearly unfair and needs to change. Eligibility for free meals should be based on need, not on where you choose to study.

This anomaly needs to be addressed. The Government acknowledges this so now is the time for it to act and put an end to this raw deal for students at Winstanley College.

Jo Bailey, Principal of Winstanley College said, “All young people should be able to make a free and fair choice about where they study post-16.  The provision of a hot, nutritious lunch-time meal should be available to all students from a disadvantaged background, not just those staying on at school. We are campaigning to end this injustice to such students at Winstanley, and at other colleges.”

79% of Colleges agree that free meals in colleges for 16-18 year olds would encourage participation.
You can pledge your support for this campaign by signing the petition and by using the hashtag #nofreelunch when you tweet about this issue.
No comments:

Unify was established in 2002 by the formation of three small community credit unions. In 2009 the last remaining community credit union, Worsley Mesnes Credit Union, joined forces with Unify – making it the largest credit union in the Borough.
Credit Unions are community savings and loans co-operatives, owned and run by its members. Membership is available to anyone who lives or works within the Wigan Borough.

Members save with Unify and those savings are then used to give low cost loans to members. Any profits at the end of the financial year are given back to the members in the form of an annual dividend.

Today, Unify has grown to more than 6000 members and over £2.6million in assets. Unify has two local branch locations in Higher Ince and Leigh and 14 local collection points across the Borough.

Unify’s growth is echoed in figures released recently by the Financial Services Authority which show that the British credit union sector, offering its ethical and inclusive brand of financial services, goes from strength to strength with a 12% increase in deposits, 14% increase in lending and 15% increase in assets in 2011.

As a member of Unify I was welcomed to the Higher Ince HQ today by General Manager, Angela Fishwick as the celebrations were well underway.

For Angela today marks a special milestone in the history of the credit union movement in the Borough.
She said, “So many local people have given their time freely to developing the credit union in Wigan, and to see us reach this milestone and be so strong is great news for everyone involved.

“Unify is continuing to grow and develop services with the aim of becoming the main financial service provider for members; providing instant access savings, loans and bill payments.”

Access to affordable credit is a major issue for many people, especially where they need small sums to make an emergency purchase or to tide them over for a short period.

The collapse of the UK banking system and the proliferation of legal loan sharks has led many to conclude that credit unions are a viable alternative. Unify is run by its members for its members demonstrating the power of co-operation and concern for the community in which it operates.

I congratulate Angela and all who have worked to make Unify the success story that it is today and I will continue to promote the credit union movement as a safe and ethical alternative.
No comments: 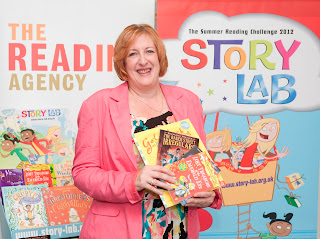 I am supporting a campaign run by The Reading Agency to encourage all primary school children to join their local library and take part in this year’s Summer Reading Challenge - the UK’s biggest reading promotion for primary school children.
The Challenge which begins on 14 July is for every child aged 4-11 years to read six books of their choice from their local library during the summer holidays. Children earn stickers along the way and will be given a certificate or “Olympic style” medal when they complete the Challenge. This is the 14th year of the Challenge and this year the theme is “Story Lab” which is set in a city hosting the Olympic Games.

I hope parents and carers in Makerfield will take their children to their local library this summer and if they aren’t already members sign up and do the Summer Reading Challenge.  It’s free and makes reading fun, a vital ingredient in building literacy. Last year 2500 children in the Borough took part in the Challenge. I hope we will beat that figure this year and show local libraries how much we value them.
No comments:

Let's get behind our Armed Forces community 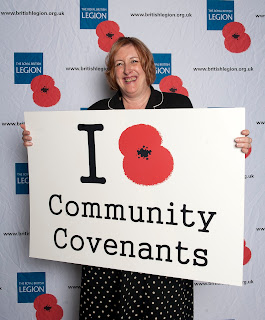 I attended an event at the House of Commons to promote the creation of Community Covenants across the country, organised by The Royal British Legion, the event highlighted the importance of local communities getting behind the Armed Forces community in their own area and honouring the principles of the Armed Forces Covenant in practice on the ground.

Launched last year following a successful campaign by the Legion, the Community Covenant scheme is helping to transform the relationship between local communities and serving and reservist Armed Forces personnel, veterans and their families, for the benefit of both communities.

The Legion is encouraging local authorities to sign a Community Covenant as their own unique commitment to develop mutual understanding, meet the needs of the Armed Forces community and identify opportunities for closer working in their area. More than 50 Community Covenants have been signed so far, and another 50 are in the pipeline.

The Legion campaigned successfully for the principles of the Armed Forces Covenant to be written into law. The principles recognise the unique nature of Service and state that no disadvantage should arise from it, such as in accessing public services, and that special treatment should be allowed where justified.

Community Covenants are a fantastic way for local authorities and the wider community to show their support for our Armed Forces and their families. These Covenants are about securing real improvements in the welfare of Armed Forces personnel, veterans and their families in constituencies across the UK. I am pleased that so many local authorities are signing up. Now all of us need to ensure the commitments made really make a difference where it matters – on the ground.
No comments: 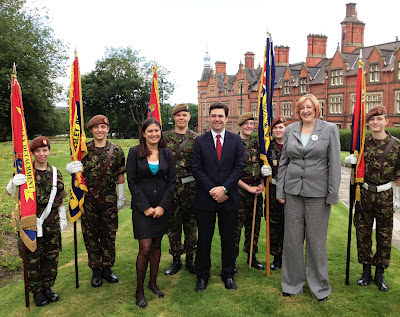 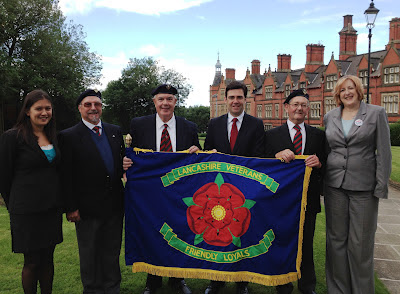