PT Studio on mission to transform your health and wellbeing

Seven day working weeks coupled with long hours provide little time in my diary for keeping fit yet for both my and myself a diary appointment we never miss is a weekly personal fitness training session with Ste Barlow at one of Wigan’s leading personal training outfits –  The PT Studio based on Queen Street.

On Friday, I was on hand to help launch The PT Studio’s latest challenge to the town ahead of the summer holiday season – The 90 day Beach Transformation Challenge.

Owner and fully qualified Personal Fitness Trainer Ste Barlow has been putting us both through our paces for the last 6 months with welcome results. Having lost over 2 stone each we are encouraging people to get on board and lead healthier lifestyles.

Ste Barlow said, “At the PT studio we like to go that step further with our clients and set them goals and targets and monitor their progression with our transformation challenges. The latest 90 day beach body transformation is designed to get you in great shape for the summer. With the challenge you get a 7 day eating plan, measurements and full support.”

“This is results based training and both Yvonne and Paul have done really well.”

The great thing about the PT Studio is that it’s fun. It’s hard work and Ste really challenges us both but the end result is we have both lost weight, feel healthier and have more energy.

The Winstanley Councillor says it is unlikely that he will be wearing ‘budgie smugglers’ on the beach this summer but with the holiday season not too far away the latest Beach Transformation Challenge is the perfect opportunity to get in shape. Cllr Paul Kenny said, “I was looking for something different and was pretty fed up with the same old routine at the gym.”

“They say that variety is the spice of life and whether it’s donning a pair of boxing gloves or flipping a tractor tyre, no two sessions are the same at the PT Studio and you leave with a real sense of achievement.”

We must get Wigan working again 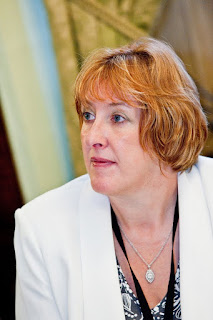 These are desperate times for our area. And they are desperate times for the government as well. By any measure they are failing because underneath all the bluster they don’t have any answers for their catastrophic failure to get Britain working again. Their Work Programme is failing and there are now more than 2,500 people out of work in the Makerfield constituency.

This government has simply ran out of ideas and their supposed reforms are not only heartless, but also hopeless. Housing benefit changes cost more than they save, tax credit changes are making families better off on benefits than in work, and universal credit is descending into universal chaos.

We need welfare reform that is tough, fair, and that works. That’s why Labour is calling for a Compulsory Jobs Guarantee for the long-term unemployed that would get 240 people and 120 young people into work.

When I hear people on the doorstep or in my surgeries tell me welfare needs to be reformed I agree with them. That’s why Labour is calling for welfare reform that is tough, fair and that is founded on three principles.

First, people must be better off in work than living on benefits. We would make work pay by reintroducing a 10p tax rate and supporting employers who pay the living wage.

Second, we would match rights with responsibilities. Labour would ensure that no adult will be able to be live on the dole for over two years and no young person for over a year. They will be offered a real job with real training, real prospects and real responsibility. This would be paid for by taxing bankers' bonuses and restricting pension tax relief for the wealthiest. People would have to take this opportunity or lose their benefits.

Third, we must do more to strengthen the old principle of contribution: there are lots of people right now who feel they pay an awful lot more in than they ever get back. That should change.

I believe Britain can only overcome the enormous challenges we face if all of us – from top to bottom – play our part.

Because behind all their rhetoric about making work pay and supporting strivers, it is actually working families and those in real need who are footing the bill for this government's catastrophic economic failure.
The truth is the Tories have failed on jobs, failed on growth and they are failing to make the real changes we need. After three years of incompetence it’s time this government finally started to put things right for Makerfield and they should start with Labour’s Compulsory Jobs Guarantee that is tough, fair and will work.

This week I secured a debate on the impact of the Bedroom Tax on Wigan. You can read the transcript of the debate here.
No comments:

To celebrate launch of the new style open-plan branch, I ‘cut the ribbon’ at Ashton-in-Makerfield Post Office this morning.

I was more than happy to  officially open the Post Office.  They are to be congratulated on their work to develop this busy branch. The longer opening on Saturday afternoons will make a real difference for local residents and small business customers and I wish them continued success with the business. 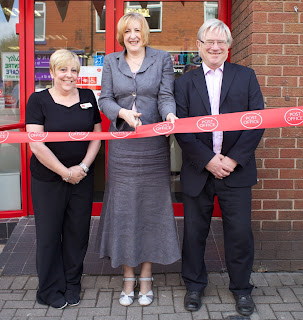 Julia Harrison from the Post Office told me that the refurbisment is part of a three-year investment programme that will see around 6000 branches converting to new-style branches.

I was joined by local ward Councillor, Nigel Ash who is a regular user of the local Post Office and wants to encourage local people to make use of the services offered.

The Post Office, now independent of Royal Mail, is the largest retail network in the , with over 11,500 branches. It is also one of the fastest growing financial services companies and is developing its online and telephony services.
No comments:

Made by the Many

I am pleased to have obtained a central location in Wigan for my constituency office and The Investment Centre is a modern, fully accessible office with good transport links, free parking and within walking distance of the town centre.

I place a great deal of pride in the the constituency office and I firmly believe that Wigan Investment Centre will enhance the service provided to constituents.

My new office details are as follows: