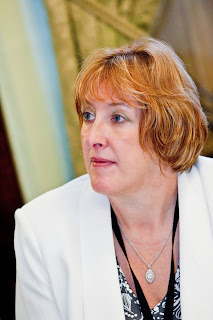 This week I supported a vote to halt Conservative plans to cut housing benefit support for thousands of elderly and vulnerable people across the country, which could put at risk supported homes in Wigan.

Experts say that across the country 156,000 supported homes are at risk of closure due to the Chancellor’s cuts.

In Parliament Labour called on George Osborne to exempt supported housing from his housing benefit cuts and to consult with charities, councils and housing associations to safeguard this vital accommodation. However, Conservative MPs voted down Labour’s motion to protect these homes.

During the debate I made reference to the extra care scheme on the former Abraham Guest School site at Orrell. The scheme is just about to start, but the government benefit changes potentially undermine the revenue stream going forward and not surprisingly this has put this £13m scheme in jeopardy.

Cutting across all these categories, one of the largest effects of this new government policy will be the disruption and uncertainty it has brought to the provision of new accommodation in this field.

Wigan Council and partners have the following social housing development pipeline. All of these are either funded or with outstanding bids to Housing and Communities Agency.

Currently on site, Wigan and Leigh Housing have apartment blocks for older people at Town Yards, Hindley and a sheltered plus scheme at Little Lane, Goose Green potentially providing over 60 new homes.

I am angry that if the benefit proposals are not fundamentally changed it is unlikely that any of these schemes will proceed. This would have disastrous effects on Wigan Council and its partners strategy of Connecting Housing and Care and its links with the wider Public Reforms and Health Agenda.

One of the largest effects of this new government policy will be the disruption and uncertainty it has brought to the provision of new accommodation.

The long lead in times to deliver projects of this type mean that providers need certainty. So I am calling on the Government to provide clarity in order to avoid delay and possible cancellation of much needed housing in the Wigan Borough.
No comments: 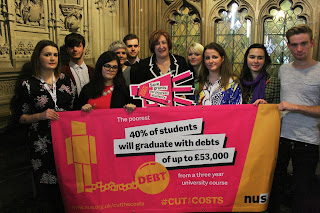 The Labour motion to stop the abolition was voted down by Tory MPs.
No comments:

Here is something to cheer everybody up – Blue Monday is upon us, the most depressing day of the year.

Post-Christmas blues? New Year’s resolutions in tatters? Debts racking up and it’s dark winter nights, cold and wet with the sun in hibernation.

The third Monday in January has been dubbed Blue Monday. It's supposedly a combination of the weather, debt problems, low motivation, a return to work after Christmas and abandoned New Year resolutions.

Demand for debt advice will spike as credit card and other bills hit the doorsteps. This can be a difficult time of the year for people in the Borough because as post-Christmas bills and credit card statements arrive people can often feel weighed down.

According to Aviva family debt is now at its highest level since 2013 and has risen by £4000 in the last 6 months.

With household debt across the country on the rise, more and more people are finding it difficult to get their personal finances in order so it is important that people do not allow themselves to enter into more debt by borrowing more.

While it may sound negative ‘Blue Monday’ can be an opportunity to sort out debts and regain control of personal finances.

While there is no magic bullet there is help available. Reaching out to organisations such as Citizens Advice, StepChange Debt Charity and other agencies for free and independent financial advice and assistance can be the first step on getting your personal finances back on track.

When a budget and plan is in place, a clear path to better days is formed which can only help blow away those Monday blues.
No comments:

Roll out of Universal Credit in the North West

I spoke in today's debate on Universal Credit. You can view my speech here.