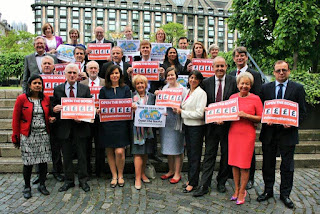 I have backed an amendment to the Finance Bill to end the secrecy around multinational companies’ taxes.

I believe the tide of opinion is moving towards openness, after the Google tax affair and the release of the Panama Papers.

We cannot have one rule for UK businesses that pay their fair share, and another for multinationals able to shift their profits around the globe.  Our message to the Chancellor and the Government is – take a lead and back our amendment.

MPs from nine different parties are backing the amendment. The campaign is also supported by Tax Justice Network, Global Witness, business-led Fair Tax Mark, and key groups from the development lobby, including Oxfam, Christian Aid, Action Aid, Save the Children and CAFOD. Charities say that developing countries lose more in taxes unpaid by big business every year than they receive in aid.

MPs will have the opportunity to vote on this measure on 28th June, when the Finance Bill is debated in the House of Commons.
No comments: