I am lending my support to the fifth annual VQ Day –  a celebration of the millions of people gaining vocational qualifications across the country every year –  and encouraging local colleges, schools, businesses and learning providers to get involved.

VQ Day 2012 will be held on Wednesday 20th June to recognise the value of vocational qualifications and celebrate vocational achievement. The day will be marked by events held at colleges, schools, businesses and learning providers across the UK, including award ceremonies and open days.

With a tough economic climate, it has never been more important to provide young people with access to high quality technical, practical and vocational courses which offer genuine job prospects. Vocational qualifications are valuable not only to individuals but to the economy, providing work ready skills, experience and the opportunity for career progression, higher pay and further education.

Vocational qualifications provide huge benefits to the UK from improving the skills and careers of individuals to helping boost our economy. Running for the fifth year, VQ Day 2012 will highlight their increasing importance while celebrating the millions of people achieving vocational qualifications every year.  I encourage colleges, schools, learners and employers throughout the Borough to join the celebrations on Wednesday 20th June.
No comments:

Anyone in a loving relationship should be able to get married 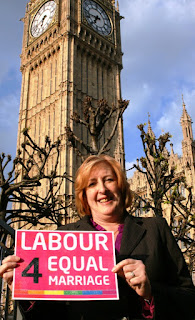 This week I have pledged my support for the Labour Campaign for equal marriage.

Introduced by Labour, Civil Partnerships were introduced through the 2004 Civil Partnership Act which enabled same-sex couples to have the same rights as married couples on a wide range of legal matters including property and financial arrangements, social security, children, housing and tenancies, employment and pension benefits, and tax treatment.

Civil Partnerships were a significant step towards equality but I would like Parliament to go further and extend marriage equality to same-sex couples who want it. I fully support same-sex marriage and I believe this is the right way for the state and society to recognise and respect commitment.

I know there is some opposition to this proposal - particularly from some religious groups - and I think it is important to emphasise that the proposals included in the Government's consultation do not in any way compel or require religious groups to carry out same-sex marriages, rather it permits same-sex couples who want to make a long-term commitment to have their relationship recognised as marriage in a civil ceremony and by the state.

I will vote against relaxation of Sunday Trading laws 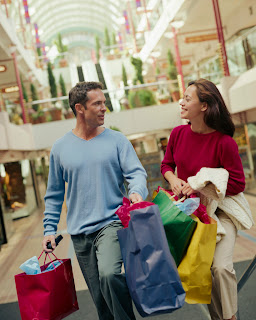 I will vote against Government proposals to relax Sunday Trading laws across the country during the Olympic & Paralympic Games this summer.

The Bill was announced in the March Budget without prior consultation with the public, trade unions and with retailers.

Usdaw, the Manchester-based shopworkers’ union, has called on the government to drop plans to suspend Sunday trading laws during the Olympic and Paralympic Games this summer, warning it was an attempt to deregulate opening hours ‘by the back door’.

Usdaw members say it would have a detrimental impact on the family life of its members. The government has offered assurances that the proposed suspension was not a prelude to total deregulation. However, Usdaw contends that any suspension of Sunday trading hours is the thin end of the wedge and an attempt by the coalition to deregulate Sunday trading by the back door.

The government plans to suspend Sunday trading laws for eight Sundays during the Games this summer, but a poll by the union found 77% of its members oppose the move.

Usdaw is not alone in opposing the Government’s plans, the Association of Convenience Stores (ACS) which represents some 33,000 local shops across the country including local retailers like the Co-op, Spar and Nisa are opposed to the proposals and many large retailers are also against them because they understand that, for the vast majority of them, takings would remain the same but overheads would be pushed up, at a time when margins are already being severely squeezed.

A recent poll (2010 gfk/NOP) for ACS showed that 89% of the public were opposed to the further liberalisation of Sunday Trading laws.

Despite the fact that shopworkers, the public and many businesses are opposed to the proposals, the Government is ploughing on regardless with this rushed legislation. Ministers are rushing through a Bill that has significant implications for workers and businesses across Wigan.

A survey of over 20,000 Usdaw members conducted after the Chancellor's Budget in March found that: