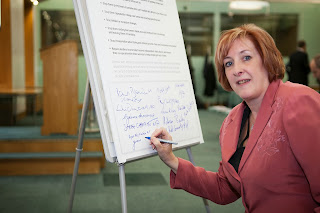 I have backed the Charter to Stop the Payday Loan Rip-off. The Charter calls for tougher regulation of payday lenders and is supported by some of Britain’s biggest debt, consumer and anti-poverty organisations – including Which?, Citizens Advice, StepChange Debt Charity, Church Action on Poverty, and the Centre for Responsible Credit.

MPs from all parties and campaigners are urging the Financial Conduct Authority to back the Charter and introduce tougher regulation of payday lenders to stop millions of people being ripped-off. Over 40 MPs and peers backed the Charter at its launch in Parliament on Tuesday 15th October.

I’ve signed the Charter because payday lenders are ripping off millions of people, trapping them in spirals of debt. The Financial Conduct Authority’s proposals for regulation are a step in the right direction, but they don’t go far enough. This is a once in a generation opportunity to get the proper regulation and enforcement of payday lenders that we badly need. If the opportunity is missed then payday lenders will be able to carry on exploiting people.

I’d encourage people to add their voice to the growing calls for tougher regulation of payday lenders by signing the Charter here.

The full text of the Charter to Stop the Payday Loan Rip-off reads:

We believe irresponsible payday lending and other high cost credit is damaging the health and wealth of our country. Payday lenders are exploiting millions of people across the UK, trapping them in spirals of debt, and the problem is getting worse.

Payday lenders are breaking promises they made in their own customer charter. Self-regulation has failed. We call for effective regulation of payday lenders and high cost credit, which is properly enforced, to:

• Stop them giving loans to people who can’t realistically afford to pay them back
• Stop them repeatedly rolling over loans and creating spiralling debt
• Stop hidden or excessive charges
• Stop them raiding borrowers’ bank accounts without their knowledge and leaving them in hardship
• Stop irresponsible advertising and instead provide clear and transparent information
• Require lenders to promote free and independent debt advice, and ensure they co-operate with other services to help people get out of debt.

We also want action to support the growth of credit unions and other forms of more responsible lending; we want banks to increase the availability of credit to people on low and middle incomes: and we want new research on capping the total cost of credit undertaken now.

The Charter has been developed by my parliamentary colleague, Paul Blomfield, Labour MP for Sheffield Central.
No comments: