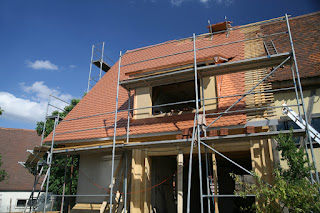 Last week the Government announced that it will be launching a consultation on doubling permitted development rights in back gardens. This would allow home-owners to build single storey extensions of up to 8 metres on the back of detached houses without planning permission (6 metres for terraced and semi-detached properties).

This could leave neighbours unhappy with developments in the next door garden with no grounds for recourse and could increase the number of legal but inappropriate developments.

Already, among the most common causes of disputes between home owners are planning applications for extensions, conservatories and garages.

My constituency postbag already paints a picture of neighbour disputes arising from, for example, noise pollution but I fear that my postbag and those of local councillors will grow bigger as some people seek to take advantage of the change to secure extensions previously refused planning consent by the local authority.

While the current planning process may seem cumbersome for small developments like conservatories and garages, it does provide a mechanism for concerns about the impact of extensions to be properly considered.

This latest half baked idea will inevitably lead to disputes and ill feeling between neighbours.

The Government are set to consult on the proposals.