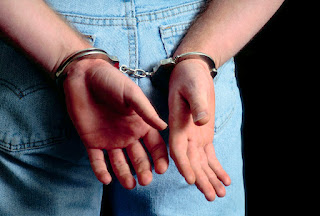 I have added my name to a parliamentary motion calling on the Government to withdraw planned cuts to the Criminal Injuries Compensation Scheme (CICS).

The scheme is the only means of recompense for almost 40,000 seriously or fatally injured victims of crime every year and research by the shop workers trade union, Usdaw have revealed the extent of the proposed cuts to victims of crime.

The cuts would mean:

• 48% of victims currently eligible for compensation would receive nothing in future, even for quite serious and permanent injuries.
• 35% would see their compensation reduced by between £1,500 and £2,000.
• Only 17% of victims will be eligible for the same tariff level of compensation –  those with the most severe injuries or who have suffered abuse
• Payments for loss of earnings will be drastically cut for those with long-term and permanent disabling injuries and for dependants of fatally injured victims.

I do not believe that the innocent victims of violent crime should bear the brunt of this Government’s austerity, or that the £50m projected savings are necessary as the current Scheme is both financially stable and sustainable.

Take the case of a 34 year old female shop worker held at gun point and injured during a robbery and later diagnosed with post traumatic stress. The CICS made a four figure award to that victim; under the new proposals she would receive nothing.

The full text of the parliamentary motion can be viewed here.

Most Usdaw members are shopworkers and unfortunately, like many public facing workers, they are particularly vulnerable to the risk of criminal assault. An analysis of around 100 cases recently supported by Usdaw showed that 67% would no longer receive any compensation under the revised scheme. 22% would see their compensation halved and 11% of the most seriously injured would have their compensation significantly reduced because of the new loss of earnings calculations. In 27 cases involving members injured or traumatised in an armed robbery, 22 would no longer be eligible for any compensation.