Tory-led Government should rethink its approach to Policing 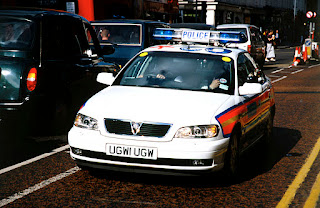 Today, I am calling on the Government to rethink its approach to policing after figures show that Police numbers have fallen to the lowest for a decade, including the loss of 492 in Greater Manchester since March 2010.

The figures show that there are now 8,000 fewer officers on the streets, at a time when personal crime, which includes theft and violence, has gone up by a startling 11 per cent - the biggest increase in a decade.

People across the Borough will have real concerns about the loss of 492 officers here in Greater Manchester. The deepest cuts to policing budgets will hit this year and HMIC estimate the loss of 16,000 officers through this Parliament.

Local communities value the work that police officers do and I will be voting against the Government’s police cuts next month.

Labour is calling for the Government to reopen the police funding settlement when it is debated in Parliament next month. Shadow Home Secretary Yvette Cooper MP: said, "The scale of government cuts has led to the biggest fall in national police numbers in decades at the same time as we are seeing the biggest increase in personal crime."

“David Cameron and Theresa May are letting down communities and turning their backs on the police. They should be battling to cut crime, but they are just cutting the police instead."

“Police numbers have fallen to the lowest for a decade, with 8,000 fewer officers since the election and 6,000 since last year alone. At the same time personal crime including theft and violence has gone up by 11 per cent -- the biggest increase in a decade."

“The Home Secretary's 20 per cent cuts go much further than the 12 per cent recommended by the independent inspectorate and supported by Labour."

“The Prime Minister's decision to cut policing too far and too fast when many crimes are increasing is putting communities at risk. MPs of all parties should vote against the scale of Government’s cuts to their local police force in Parliament on February 8.”

When Labour left office there were record numbers of police on the street, over 16,500 more than in 1997 in addition to over 16,000 new PCSOs; helped by the record number of police officers, crime fell by 43 per cent under Labour and the chance of being a victim of crime was at the lowest since records began. Labour had a clear plan to find savings of around 12% over the course of this Parliament, which Her Majesty’s Inspectorate of Constabulary said could be achieved without impacting on the frontline. The Conservative Government is implementing cuts of 20% which is too far, too fast.