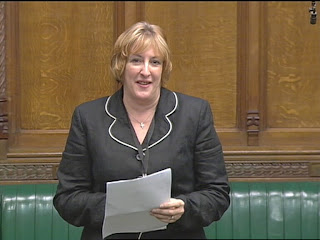 The Financial Inclusion Fund (FIF) introduced by the previous Labour Government supports over 500 specialist debt advice workers across the country.

The Government confirmed in January that it would end on 31st March 2011, even though a recent National Audit Office report into the project gave it a unique, ‘delivering good value for money’ plaudit.

The Tory-led government decision to axe the fund led to a wave of protest from politicians and advice agencies across the country and during a Westminster Hall Debate (Tues, 8th Feb) initiated by myself, I led a cross-party attack on the proposals.

Research from Money Advice Trust suggests that at any given time up to 5 million people report being in arrears with consumer credit and mortgage payments or find that their credit commitments are an unsustainable burden. However, the planned cuts to funding would significantly reduce the capacity of independent advice agencies (CABs and Law Centres) to assist such people, which could result in potentially serious consequences both to the individual and the state.

The number of debt clients seen by the CAB has risen by 23% in the past year, and a significant increase is expected in the next few years as well, so the loss of skilled advisers would have had a devastating impact on the sector.

I warmly welcome the Government's climb down and committment to provide an extra £27 million for face-to-face debt advice. This is excellent news for those seeking advice on debt issues and safeguards 500 jobs, for specialist debt advisers, many of whom had already been given notice of redundancy.

I have long been a supporter of a statutory duty to fund advice services, and I still believe that it is the only way in which the absolute importance of advice can be highlighted to local government and other funders. The cut to debt advice funding and the proposed cuts to local authorities and legal aid will be felt most significantly in areas, like Wigan which have significant numbers of clients.