When Rugby League was Born 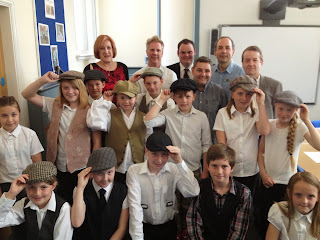 A play recreating the historic 1895 meeting performed by pupils from six local primary schools took place on Saturday at The Museum of Wigan Life.

The meeting involving 21 northern rugby union clubs was called to discuss the issue of 'broken time' payments. At the time, union was strictly amateur and payments to players for taking part in the game was forbidden.

Northern clubs like Wigan and Leigh wanted to compensate players for loss of earnings. The meeting took place in Huddersfield against this backdrop and led to the greatest schism in sporting history. 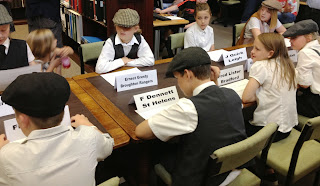 The code of Rugby League was born!

Thanks to Wigan Leisure & Culture Trust for organising this special event and a special word for the stars of the show - the pupils of Aspull Church, Britannia Bridge, Bryn St Peters, Garrett Hall, Hindley St Peters and St George's Central primary schools.

The play was part of the Borough's celebration of the Rugby League World Cup and the two games that the Borough will host at the DW Stadium and Leigh Sports Village.