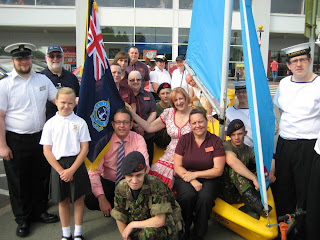 The Cadets will receive a year’s worth of fundraising and awareness support from the store’s colleagues and customers.

Well done to Wigan Sea Cadets - I know what a difference the initiative has made to local charities in my constituency in raising not just vital funds, but raising awareness of their cause too. I look forward to seeing how the partnership progresses over the coming months.

Wigan Sea Cadets were announced after customers had their say and voted in-store and online between 1st to 15th May. The Local Charity partner scheme began in 2009 and has raised more than £5 million to support local communities in the last four years.

Ian Almond from Wigan Sea Cadets said, “We know the success that the Local Charity partnership has bought to many charities in the local area so when we received the recent phone-call to tell us the news, we were thrilled. The exposure and support is going to be massively beneficial to our charity and I’d like to thank every Sainsbury’s Wigan customer who voted."