Fraud in Wigan low but continue to be vigilant 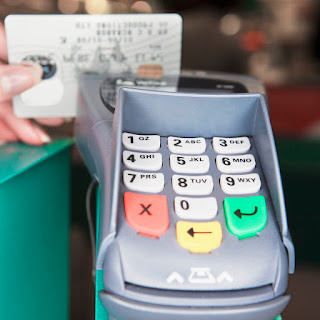 Wigan consumers have experienced relatively low levels of fraud during 2012 according to figures unveiled today by CIFAS and myself.

CIFAS is the UK’s fraud prevention service and not-for-profit membership association. Its members work in the banking, credit, asset finance, retail credit and insurance sectors as well as the public sector including the UK Border Agency. It has 25 years experience of identifying and preventing fraud. Their National Fraud Database is the single largest repository of confirmed data fraud in the UK.

In 2011, the National Fraud Authority's Annual Fraud Indicator put the loss to the UK economy from fraud at £73 billion. This level of loss impacts on every part of society, including the most vulnerable. It represents money that individuals, businesses and Government can ill afford to lose ending up in fraudsters’ pockets.

In the North West, Greater Manchester recorded the highest level of fraud with 24.9 frauds identified per thousand people. Of these, 50% were misuse of facility fraud. This type of fraud is common in cities, university towns and commonly involves bank accounts, such as paying in an altered cheque.

In welcoming the relative low levels of fraud committed in the Wigan Borough, I am warning the public to be vigilant and to ensure they protect their personal data. It is a sad fact that anyone can be a victim of fraud and with the advent of the internet and the changes it has brought often means that victimisation is more random.
You can reduce the risk of your details falling into criminal hands by keeping your personal details to yourself. They are a valuable item to a fraudster. CIFAS provide some really useful tips to help people avoid being the next victim of fraudsters.

"Fraudsters will painstakingly piece together your identity from documents you throw away but don't shred, information you put up on social networking sites, and data which is already in the public domain about you. They'll go to that effort because once they have enough information they can pretend to be you and start applying for credit or buying items in your name."

"The Wigan Borough may have a relatively low level of fraud compared to the rest of the UK, but anyone can be a victim. Stay safe and look after your identity."