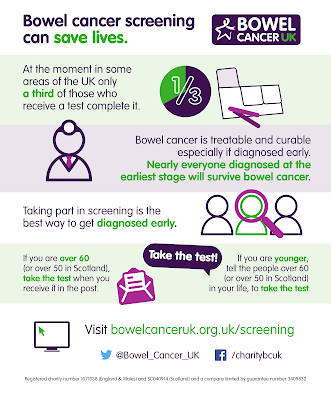 Visit Bowel Cancer UK’s website to find out how you can get involved in their campaign for Bowel Cancer Awareness Month.