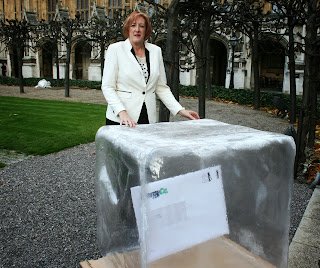 I'm delighted that Ed Miliband has confirmed that a future Labour Government will freeze energy bills until the start of 2017.

Under David Cameron gas and electricity bills have gone up £300 for the average household.

Britain’s families are facing a cost of living crisis. Prices have risen faster than wages in 39 of the 40 months that David Cameron has been in Downing Street and energy bills have gone up by almost £300. David Cameron’s failure to tackle rip-off bills has meant that many people are struggling to pay their bills.

I know how people in Wigan are struggling with the rising cost of living. Many of my constituents have written to me worried about their energy bills, and having to make a choice between heating their homes or buying food.

When the price of energy increases energy companies pass this on but when it drops consumers don’t see their bills fall.

David Cameron can’t deal with the cost of living crisis because he stands up for a privileged few, not for ordinary families. David Cameron has cut tax for people on over £150,000 a year while raising it for everyone else.

Ed Miliband says Labour will freeze prices until the start of 2017 if Labour wins the next election. And he says we will break up the big energy companies so that we can all get a fair deal.

But people round here need help now. So I’m calling on David Cameron to freeze our bills now. And I’m asking local people to sign our petition so that the voices of Wigan are heard loud and clear in Downing Street.